We are a national leader in the production of car trailers up to 3500 kg.

More than 50 years of experience allows us to create reliable trailers that accompany you every day and meet the requirements of even the most demanding customers. Every day we make every effort to make sure that fully safe, functional products come off the production line.

In September 2013, the factory became the property of a private entrepreneur and since then it has continued to manufacture trailers under the NIEWIADÓW brand, constantly providing the highest level of services both in the field of trailer production and trailer trade.

years of experience
of trailer models
of the factory

Our caravans, whose first production was launched in 1973 and continues uptil now, of course, keeping up with the times, are periodically improved and modernized. They have particularly strongly settled on the Polish and foreign market.

Our offer includes over 200 standard models of trailers, such as:

A wide selection of our products and the possibilities of adjusting the parameters of the trailer​(dimensions, a smooth range of masses allowing you to adjust the product to the capabilities of each vehicle) and rich additional equipment that allows you to further increase the functionality of the product by expanding it with further elements, makes our trailers able to meet the requirements of most customers – thus safely operate it for many years. This all is guaranteed by the NIEWIADÓW brand.

The history of the enterprise dates back to 1920, when the “NITRAT” Joint Stock Company was established Its purpose was to manufacture chemical and military products. The company’s headquarters was initially in Warsaw, until the construction of a manuacturing plant in Niewiadów in 1924 was completed. Construction works, delivery of technological lines, assembly of machinery and equipment was fell to Italian specialists. In addition to TNT, artificial fertilizer was also produced in Niewiadów.

During World War II, the company was destroyed, the remaining part was taken over by the Occupant. After the liberation, the plant remained under the control of the Pabianicka Spółka Akcyjna Przemysłu Chemicznego „CIBA” (“CIBA” Pabianice Chemical Industry Joint Stock Company), and then the Zjednoczone Zakłady Przemysłu Barwników „BORUTA” (“BORUTA” United Dye Industry Plant) in Zgierz.
It was not until 1950 that it was possible to return to chemical production, the plant changed its name to Zakłady Przemysłu Nieorganicznego NIEWIADÓW (NIEWIADÓW Inorganic Industrial Plant).
In 1955, the plant was subordinated to the “PREDOM” Union and changed its name to the Wytwórnia Wyrobów Precyzyjnych „NIEWIADÓW” (“NIEWIADÓW” Precision Products Factory).
Since then, the company has developed its activities through a variety of production, for example Christmas decorations, kayaks, sailing boats, electric grinders.
In 1966, the production of caravans started. The name of the plant was changed twice – Zakłady Sprzętu Domowego i Turystycznego „PREDOM-PRESPOL (“PREDOM-PRESPOL” Household Appliances and Tourist Equipment Plant) and in 1986 to Zakłady Sprzętu Precyzyjnego „NIEWIADÓW” (“NIEWIADÓW” Precision Equipment Plant).

In 1994, it became a joint-stock company. The next step in history is the separation of two companies – Fabryka Przyczep Niewiadów Sp. z o.o. and Fabryka Artykułów Domowych FAD Niewiadów Sp. z o.o. (Niewiadów Household Articles Factory).
In April 2006, all the Companies were merged into one under the name Zakłady Sprzętu Precyzyjnego “NIEWIADÓW” S.A. in short “NIEWIADÓW” S.A..

September 1st, 1939 – Some facilities of the plant were bombed
1940 – Plant equipment was dismantled and transported to Germany.
January, 1945 – The plant was liberated.
January, 1950 – Niewiadów Independent Inorganic Industry Plant was established, subordinate to the Ministry of Heavy Industry.
February, 1951 – Production of inorganic salts and other chemical compounds started. The Ministry of Chemical Industry became the parent business unit of the plant.
1955 – The plant was subordinated to the PREDOM Union in the Ministry of Machine Industry and changed its name to the NIEWIADÓW Precision Products Factory.
1957 – The production of Christmas decorations and NEPTUN folding kayaks started.
1964 – The production of floating equipment was extended and included the MEWA sailboat.
1965 – The first electric coffee grinder was manufactured. 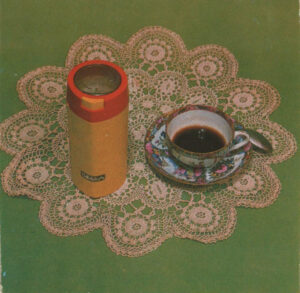 1966 – The production of TRAMP caravans and electric food processors was launched. 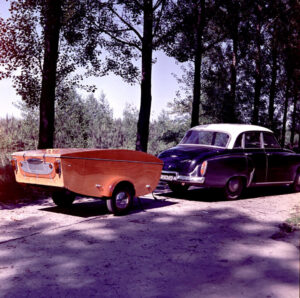 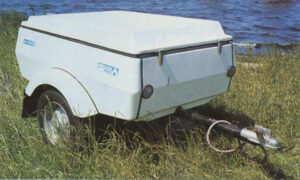 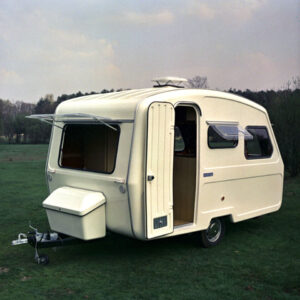 July 1986 – The name of the plant was changed to: Zakłady Sprzętu Precyzyjnego NIEWIADÓW
1995 – Establishment of the Capital Group and separation of separate business entities from the structures of Zakłady Sprzętu Precyzyjnego “NIEWIADÓW” S.A.: Fabryki Przyczep Sp. z o.o., Fabryki Artykułów Domowych Sp. z o.o.
2001 – “Europrodukt 2000” award for the “blue line”, i.e. a group of luggage trailers. In the same year, Fabryka Przyczep receives a prestigious award for export dynamics in the years 1999-2001. The plant was also included in “Polish Export Reviev 2001” – the ranking of the largest Polish exporters.
2004 – Fabryka Przyczep Niewiadów receives the Export Leader 2004″ statuette.
2006 – The company organizes a nationwide competition for the oldest N 126 type caravan. The winner is a trailer from the first year of production (1973) brought by Mr. Janusz Broen from Sosnowiec. The winner leaves the competition with the new N126.
2006  – Reunification of the “daughter” companies into one – Zakłady Sprzętu Precyzyjnego “NIEWIADÓW” S.A. abbreviated as “NIEWIADÓW” S.A.
2007  – The company obtains the Quality Management Certificate ISO 9001:2001

They write about us

New owner of the NIEWIADÓW factory